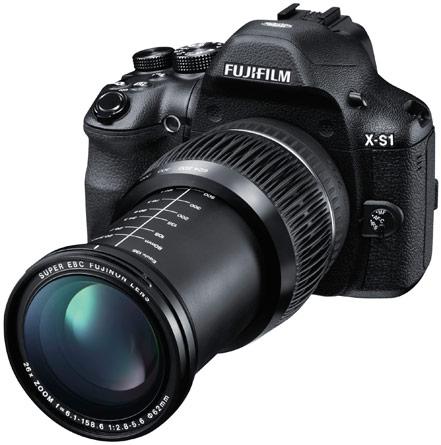 Let’s get something straight right out of the box. If you’re looking to buy a new digital camera, you don’t really have to be an expert in pixels and mega pixels and all that kind of stuff. If you expect to find that kind of deep technical discussion here, you’re in the wrong place.

Actually, there’s a whole lot of stuff you don’t really need to know before tackling the daunting task of choosing the right digital camera for you.

First of all, forget all the high-tech jargon. It’s mostly a lot of sales hype anyway. Choosing a good unit is pretty simple really…pretty much all you have to remember is that the higher the mega pixel rating on the front of the camera, the bigger picture you can make without it breaking up into little chunks (called pixels) and most likely the more cash it’s likely going to pry out of your pocket. Each model has an array of techno-widgets that go by different names but they all have the same basic focus, to help you take a better picture.

I have a quick (and admittedly simplistic) overview of the pixel story. The shot on the left on my web page

is one I took with a high pixel rating and the one on the right was with a much lower rating. They’ve been enlarged way beyond what you would normally do, but I do have a point to make here.
If you look carefully you can see there’s a terrific difference in the way they look or, in the ‘resolution’. The image on the right has already broken up into small pieces (pixels) (I hope) you can readily see. The picture on the left was magnified several times more than the one on the right which should give you an idea of how big you can enlarge it and still retain a fairly decent result. By the way, these shots are of a very, very small piece of a picture I took of snapdragons in our front yard.

Well, I have my favorites and my not-so favorites.

When I looked at all the digital cameras available, I was more than a little astounded at the vast selection of available equipment. It seems that every company that’s ever heard the word “computer” has jumped on the bandwagon. It seems they lay their hands on some lenses, wrap a computerized box around them, added a few techno-widgets and bingo, instant digital camera! What can you say…it’s money in the bank!

Where did I start looking? Well, I went back to my tried and true method of buying a film camera that I talk about later. It’s always worked for me and didn’t let me down this time either.

My personal digital camera finally wound up to be an Olympus C-5050. By the way, in my opinion Olympus didn’t do themselves or their customers any favors by dumping the f1.8 lens on the C-5060.

I chose this camera for the fast f1.8 lens and ease of use. I’m lazy at best and wanted a unit that’s going to do most of the work for me while leaving me with the option of doing what I want to do when I want to do it.

This unit has all the automatic features I’ll ever need but I also have the ability to set up the camera completely manually. I can still do minimum depth-of-field work among other things. I never want to completely lose control to a mindless computer although they do have their uses at times.

The first thing I did after I opened the box was print off the user manual – all 265 pages of it! I figured I had done my duty by it and promptly ignored it.

After very quickly killing my first two sets of “high-capacity” alkaline batteries, I sprung for a couple sets of Nickel-Metal Hydride (Ni-MH) rechargeables. Not only did they last longer but it was a heck of a lot cheaper than replacing the alkalines every darn time I picked up the camera.

It boils me to have to admit this but I actually had to go back to the user manual. I wasn’t getting the results I wanted and there was also some ‘stuff’ on the camera I had no clue about using. The moral of this story is that you’re gonna have to at least have a nodding acquaintance with your user manual. Sorry, but that’s just the way it is.

Back to choosing a camera…

Throughout the years I’ve learned that if a camera ‘fit’ my hand it worked well for me. It may sound a little strange at first but just think about it. If you’re handling something that feels awkward, your results are going to look like it. I had a Mamiya RB-67 for a lot of years. It was a big, ungainly unit but it was a good ‘fit’ for me and produced a great image. I also used a Hasselblad for quite a while but I much preferred the Mamiya and it gave me better results than the Hasselblad. (Don’t tell Hasselblad lovers I said this, they’ll kill me!)

So, rule of thumb…if it fits your hand nicely, if the main controls are handy to your fingers, if it has the mega pixel number you want and falls within your budget, you can be pretty confident this will do the job you want it to do. Oh yes, if it’s a brand you’ve never heard of before, be very, very wary. It may work well and it may not. If it doesn’t, there may not be any tech backup for you to be able to access.

The major camera companies spend lots of money developing new photo technologies. Although the latest techno-widgets go by different names, they all have the same goal, to make your pictures look as good as possible.

Pretty well every company in the world that has even come close to producing a good digital camera has gotten into the “SLR Wars”.

Single lens reflex cameras dominated the photo market for years until digital technology hit the market. Because of design and price limitations, SLR technology has not been widely available in the non-professional digital cameras until the last year or so.

The furious pace of technological developments has completely overtaken the market and even professional photographers are being boggled trying to keep up.

Remember the old Nikon F2? It was the major canon mirrorless camera sale link in the Nikon chain of professional cameras for over 10 years! This was pretty much the norm until the computer hit the photographic industry big time.

Changes used to come slowly and deliberately and it wasn’t hard to keep up with the latest and greatest when major new developments came along only two or three times in a decade.
The battle now is to produce digital cameras that operate faster, can be sold cheaper and will produce a better picture. Severe competition even exists within the same corporate structure where teams of developers do their utmost to ‘outgun’ other camera designers who work in the same building as they do!

Nikon has a distinct advantage over many of the other manufacturers in that owners of some of the older series of Nikon lenses can use them with the new digital bodies, a tremendous dollar saving to the photographer.

Most of this rapid development is focused on the professional photographer. But, with technology changing as rapidly as it is, a camera technology that sells for several thousands of dollars today will undoubtedly become available to people like you and me in the next couple of years for a whole lot less money.